We are a team of culinary professionals who care about one thing and one thing only: you. We understand how hard it is to juggle all the demands of modern living and also find delicious, healthy recipes in a sea of sub-par websites and cookbooks.

The Recipe Repository is the place you need to visit for scrumptious, free recipes. Every single one of our recipes is completely original and hand crafted by our team of professional cooks. 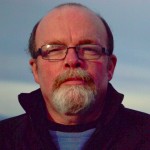 After spending a major portion of his life doing other things, Glenn began studying the culinary arts in mid-life. Over the years he worked and cooked in a variety of food establishments until finally deciding on something more mobile in nature, a food truck.

Alongside his wife Janet (visual artist and food photographer) the two explored their food passions serving up Southern BBQ on the east coast of Canada. Now, still very much a foodie, Glenn makes his living developing recipes writing about food. 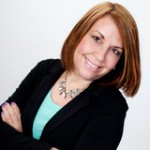 Diane has been creating recipes from scratch for years and loves experimenting with new flavors and spices. She specializes in new takes on classic dishes and spends most of her time in the kitchen, brainstorming new creations!